Short Seminar by Sponsors(30 min.)will be held at the Convention Hall A. 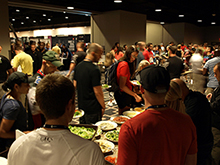 On January 27th, there will be a stand-up party featuring a songleading performance by the Japan Women's College of Physical Education, special gifts presented from booth exhibitors, and more. Making it a lot more fun, the party is a highlight of the conference!

Informal Party (an extra fee of \2,000 in addition to the registration fee applies)

This stand-up party, attended by both lecturers and participants, is a time to share information and boost ties of friendship. Take advantage of this great opportunity to speak directly with our group of lecturers, which includes individuals invited from overseas. Featuring a theme of Japanese tradition, there will be a Japanese wadaiko drumming performance in addition to the NSCA Japan Awards Ceremony. 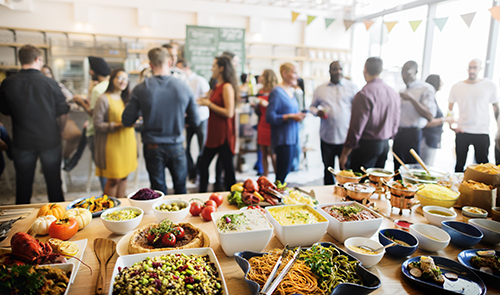 Wadaiko SPC
This wadaiko team operates primarily in Chofu city, Tokyo.
» A message from the team